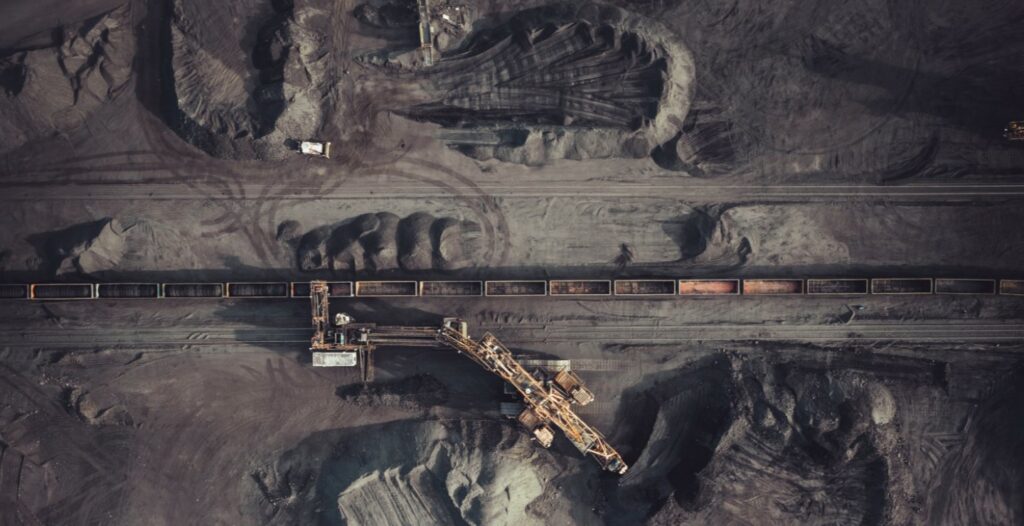 Demand for mining of metals and minerals is rising as the world transitions towards a low-carbon economy and the composition of the global energy mix transforms to one that relies mainly on clean energy. Infrastructure development is also key to promote interconnectivity and boost economic growth. However, while mining is crucial to access key metals and minerals necessary for the development of renewable energy, and infrastructure can guarantee their access, these activities can also lead to deforestation and land degradation, hindering the achievement of the New York Declaration on Forests and other climate and biodiversity goals. For the sake of forests and the people whose lives are connected to them, the negative repercussions of mining and infrastructure’s impacts on forests, including deforestation, biodiversity loss, and pollution, cannot be overlooked if the world aims to build back better and meet the Paris Agreement targets in a just, equitable, and inclusive way.

As part of the Global Landscapes Forum Biodiversity Digital Conference in October 2020, the NYDF Global Platform and the NYDF Progress Assessment hosted a session, "For forests' sake: transforming extractive industries and infrastructure to achieve NYDF Goal 3". The session’s presentations and panel discussion provided an opportunity to hear the voices of key stakeholders who need to be engaged in achieving NYDF Goal 3: to “significantly reduce deforestation derived from other economic sectors by 2020”. This event gathered representatives from mining companies, NGOs, Indigenous Peoples’, government, and youth movements.

How much mining occurs in forests?

A lot! An analysis from the World Bank found 1,539 large-scale mines operational in forests today, representing 44 percent of all operational mines. A further 1,826 are in development or currently non-operational.

Estelle Levin-Nally, founder and Director of Levin Sources, shared that mining in forests is most prevalent in evergreen needleleaf forests in the Northern Hemisphere and in countries such as China, the Russian Federation, Brazil, Canada, and the USA. Mining represents the fourth-largest driver of deforestation, causing seven percent of deforestation in tropical and subtropical countries, a trend that is growing.

Is the world on track to meet NYDF Goal 3?

Far from it! Large-scale infrastructure development projects are currently being planned across the Amazon, the Congo Basin, and Indo-Malaysian forests. These corridors – a combination of highways, railways, ports, and other infrastructure -- often focused on exports and commodity production rather than providing benefits to local communities. Combined with mining and hydrocarbon, concessions along these routes, these corridors represent a rising threat to forests, Indigenous territories, and protected areas. Erin Matson provided an insightful summary of the current findings on progress on NYDF Goal 3, highlighting the importance of paying more attention to infrastructure as a driver of deforestation.

If these infrastructure corridors cut through forest areas as planned, they would accelerate fragmentation of the last remaining intact forest areas in the world.[1] Even if some of these plans are not implemented in the end, the expectation of their construction can – and has – lead to land speculation that drives deforestation and conflict.

Protected areas are particularly under threat. Since 2002, more than eight million hectares of tropical primary forests in protected areas were lost globally, reducing protected forest areas by 2.2 percent. Many governments are rolling back protections for these critical forest areas, a process known as PADDD (Protected area downgrading, downsizing, or degazettement). In many cases, these rollbacks reflect a poor evaluation of the economic benefits of protected areas and, especially in Latin America, have resulted in clear threats to forests.[2] For example, in Peru, as a result of these changes, between 2000-10 deforestation and carbon emissions rates were 275% higher in PADDD-affected forests than in other forests that are still protected, and even 45% higher than in unprotected forests. In Brazil, recent legal changes were made to allow the construction of hydropower dams, while Ecuador and Venezuela authorized infrastructure and extractive activities.

Vinamra Mathur from Youth for Nature, noted that while these areas are biodiversity-rich, those that live within them can be socio-economically poor. Development is still crucial for improving lives guaranteeing access to transportation, water, sanitation, schools, hospitals within these forested landscapes. Asia-Pacific holds 60% of the world’s youth population and it is relevant for them to have a role in these dialogues.

Why are IPLC rights not being upheld?

On paper, Indigenous Peoples and local communities have gained recognition of their rights to territory, and consultation in many countries. But these rights are often not reflected on the ground, and in many countries, the rights are under increasing threat. The lack of respect for Indigenous Peoples and local communities’ rights to participate in decision making has resulted in the development of mining and infrastructure projects without consultation processes and with devastating consequences for communities and forests. Laura George from Amerindian Peoples Association stressed that in order to address these issues, governments, the private sector, and NGOs must recognize the importance of listening to Indigenous peoples’ voices. In addition, legal systems need to be responsive to Indigenous people’s rights and safeguard them.

How can companies can achieve forest and climate responsibility?

Pippa Howard, Director of Extractives and Development Infrastructure at Fauna & Flora International, highlighted companies must address the harmful social and environmental impacts on forests and local communities as well as their contribution to greenhouse gas emissions. Companies and their lenders need to demonstrate their understanding of these ESG risks at an operational level.

What are other challenges related to mining?

Diego Moreno, Director of Environmental Control of the Ministry of Environment and Water, from the Government of Ecuador, acknowledged one of the biggest challenges the government face relates to informal artisanal mining. These activities are illegal and sometimes are related to other illegal activities.

There are compounding environmental effects of this type of mining, including deforestation. Other environmental problems include the use of mercury and deposits of residues and sediments in rivers. In Ecuador, this is also affecting indigenous territories. Assessing the effects of market demand, especially from gold, is essential to combat illegal mining.

Even though Ecuador banned the use of mercury in 2015, it is still used. The government is working with UNDP to tackle the social aspects of illegal mining, emphasizing the health and livelihood aspects of this complex issue. Two strategies to address these issues include empower illegal miners to switch to legal activities and reform the market.

In 2020, the NYDF Progress Assessment, led by Climate Focus and the NYDF Assessment Partners, an independent civil society network of organizations that monitors the collective progress towards the NYDF goals, focused on analyzing progress towards meeting Goal 3 – Significantly reduce deforestation derived from other economic sectors by 2020, and Goal 4 – Support alternatives to deforestation driven by basic needs (such as subsistence farming and reliance on wood fuel for energy) in ways that alleviate poverty and promote sustainable and equitable development. The report, available here, explores four strategies that would, if pursued, contribute to the achievement of Goals 3 and 4 (see Figure 2 from the report). These strategies serve as indicators for assessing the actions of governments, companies, grassroots movements, and the financial sector and international donors. The NYDF Assessment report was launched on November 19.

[2] Certain countries have also ceded certain protected areas to Indigenous peoples and local communities. While these are technically PADDD events, the ensuing threat to forests is generally much lower than PADDD to enable extractive activities and infrastructure development 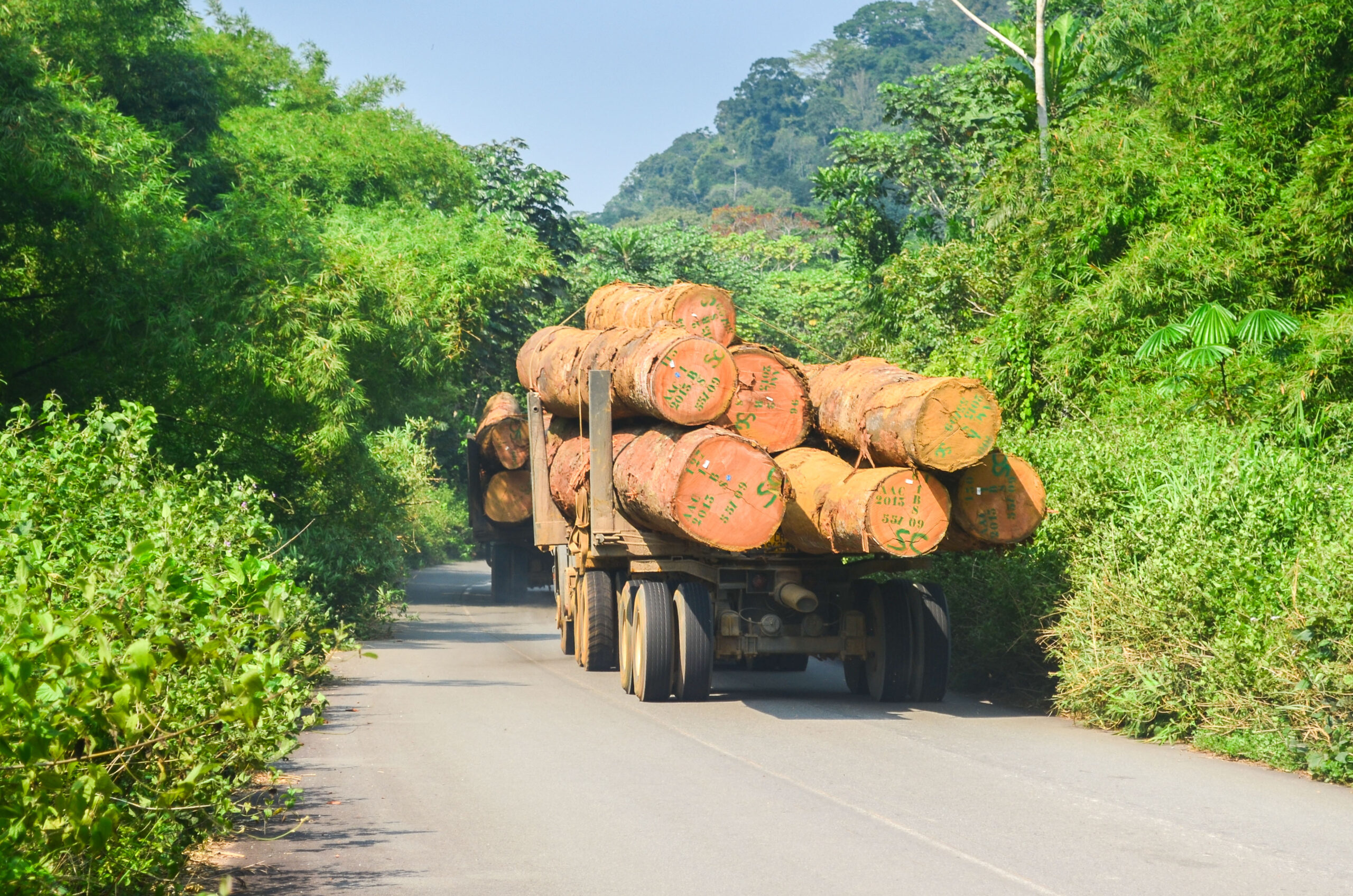 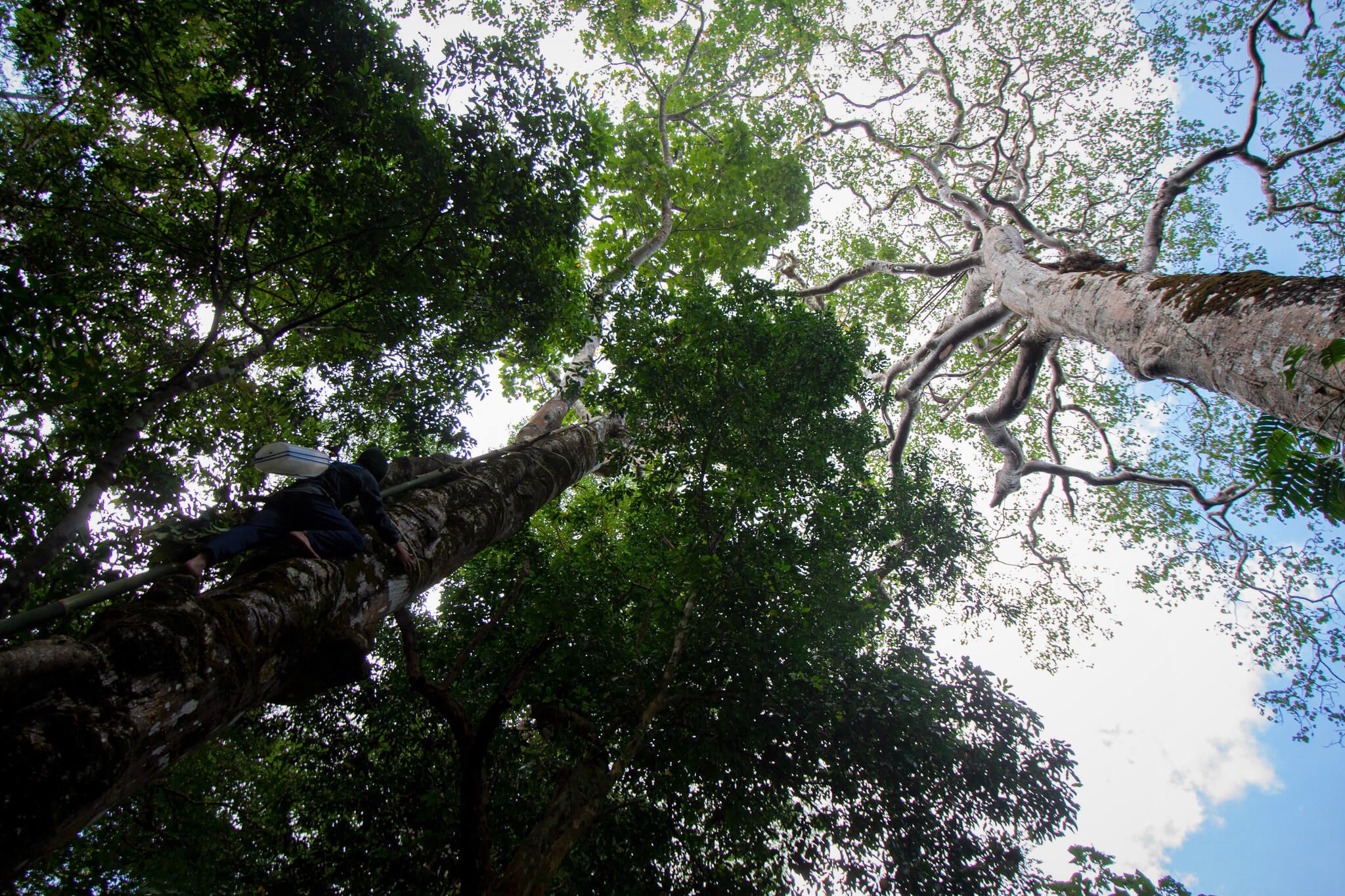 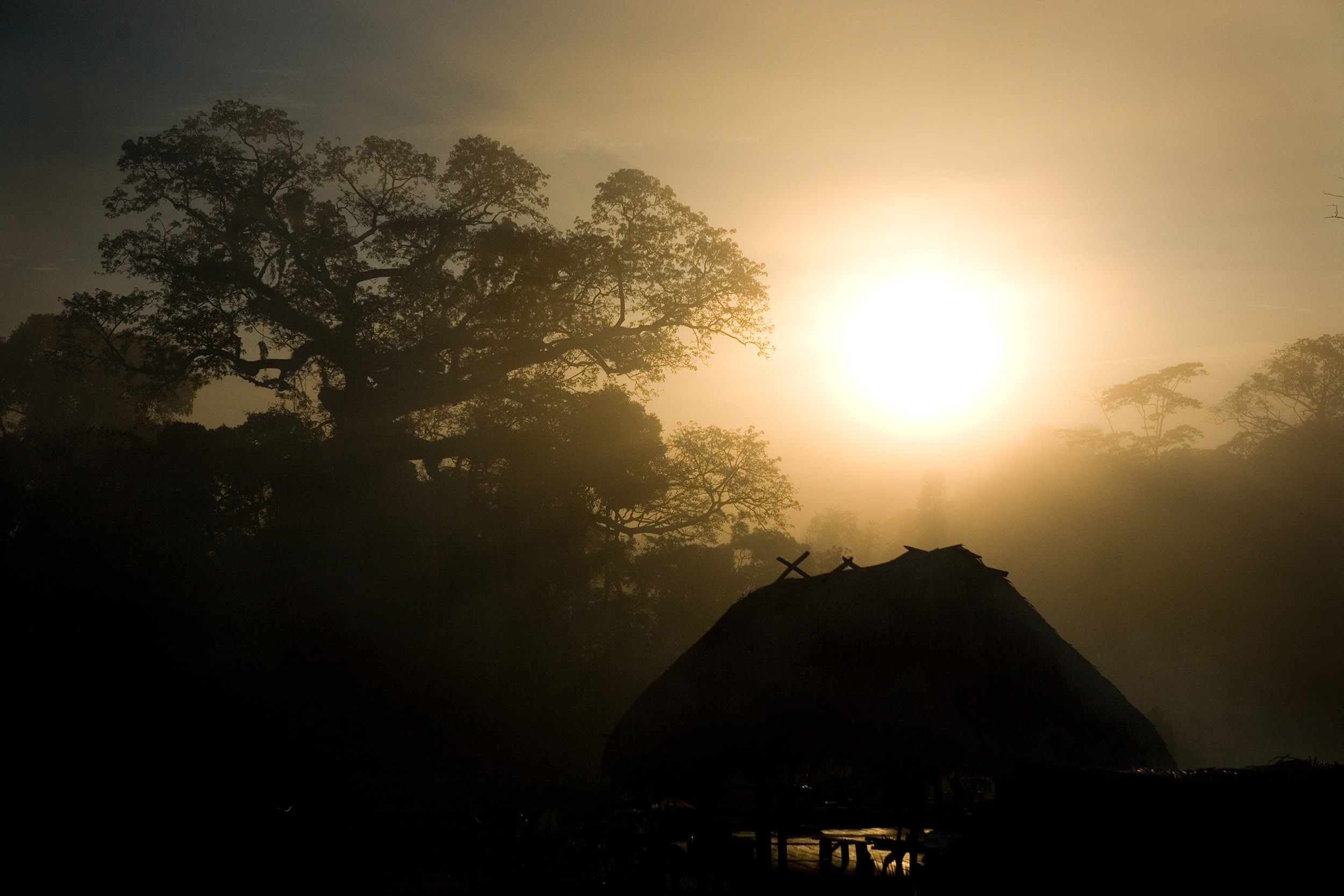 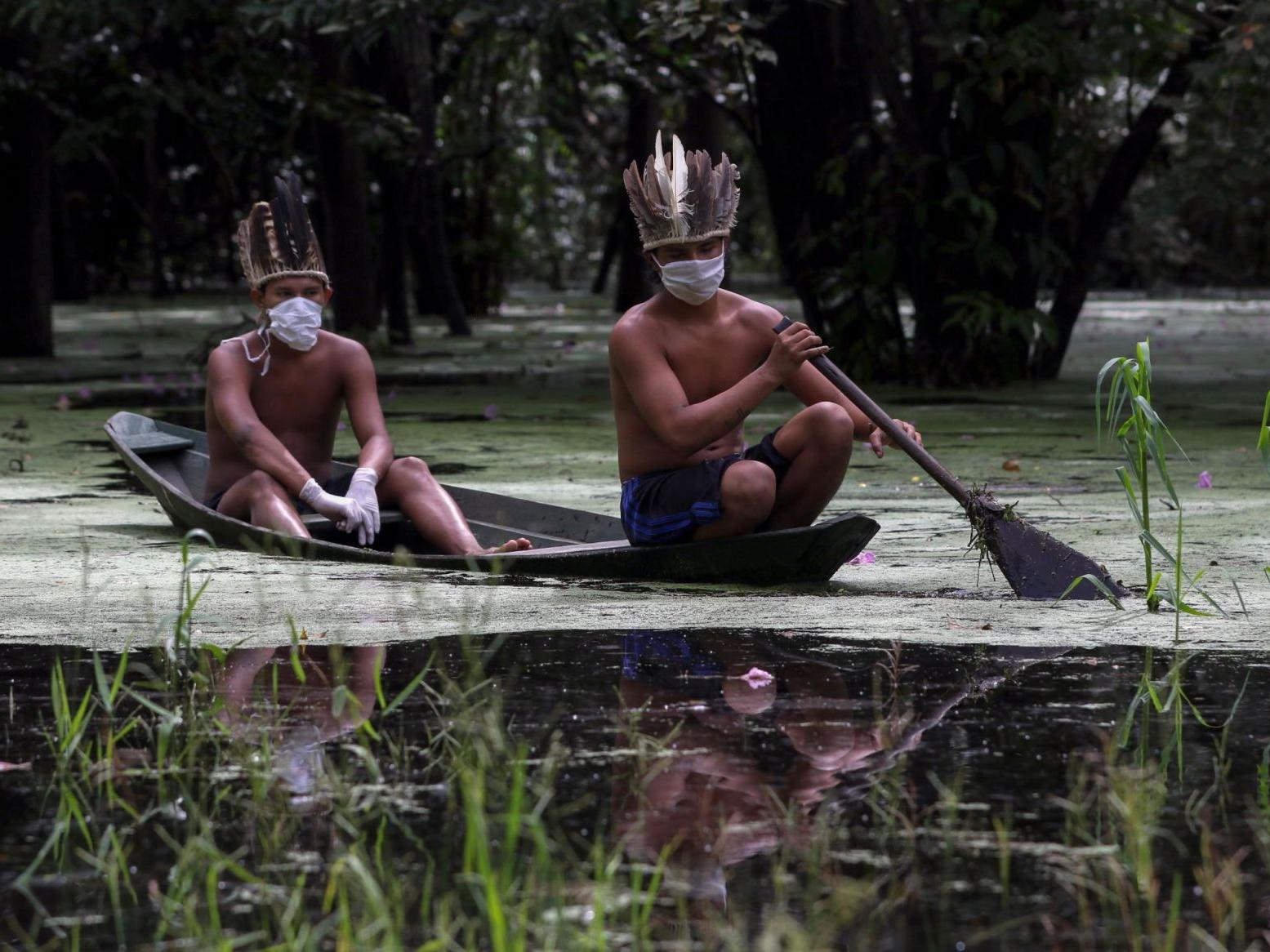