• There is currently no global certification standard on sustainably produced beef with market share information, leaving a monitoring gap in one of the major deforestation risk commodities.

INDICATOR 2: SUPPORT FOR THE PRODUCTION OF LOW DEFORESTATION, OR DEFORESTATION-FREE COMMODITIES BY COMPANIES AND GOVERNMENTS

• Since 2009, the number of pledges by companies to reduce the deforestation risk in the production, supply, and procurement of commodities has risen rapidly, from single digits to 307 by September 2015. However, the overall percentage of private sector actors in the major commodity supply chains that have made pledges remains low. Companies to have endorsed the NYDF score on average far better in sustainability terms than those that have not.

• Financial institutions have made the least progress in supporting low deforestation or deforestation-free commodity production. To date less than 20% of major investors have developed deforestation policies or commodity specific pledges (i.e. to finance companies that source individual commodities sustainably).

• Of the 25 major agricultural commodity-exporting countries, only seven have signed the NYDF. Of these only three have made commitments to reduce and/or eliminate deforestation from commodity production.

• Of the 15 major agricultural commodity buyer, or importing jurisdictions—including the United States, the European Union, Russia, and China—, almost 50% have made public zero or zero-net deforestation commitments. Only three are currently signatories of the NYDF. 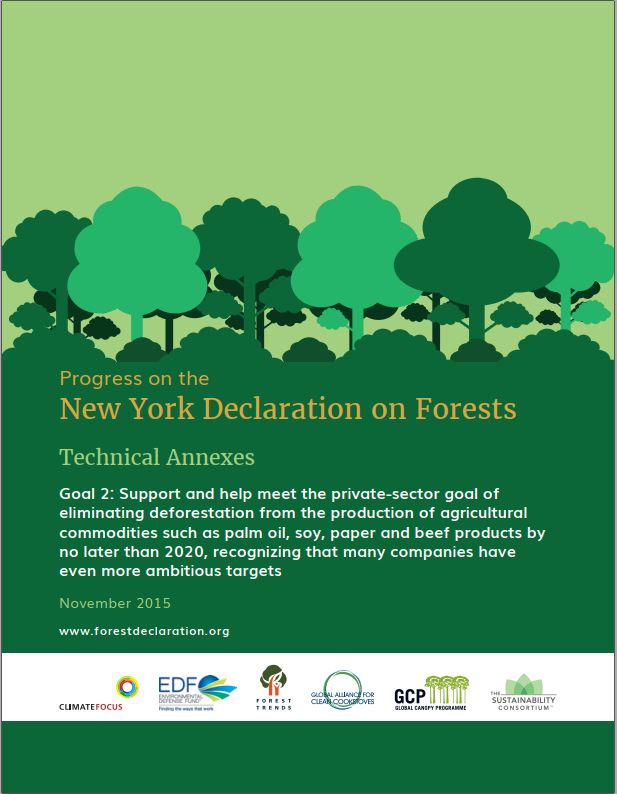