INDICATOR 1: ADOPTION OF QUANTIFIED AND AMBITIOUS TARGETS FOR 2030 ON FOREST CONSERVATION

• The SDGs as adopted in September 2015 include a very ambitious target to halt deforestation by 2020, which goes far beyond existing international targets including those expressed in the New York Declaration on Forests (NYDF).

• The review framework for the SDGs remains under development, together with specific indicators for guiding and measuring implementation of specific targets. Current proposed indicators do not include an indicator for measuring deforestation, which may affect progress in translating this goal into action.

INDICATOR 2: INCLUSION IN THE SDGS OF AN AMBITIOUS, QUANTITATIVE 2030 TARGET FOR FOREST RESTORATION

• Only a general and non-quantifiable target was adopted for forest restoration, and a proposed target on reforestation was removed in the very late stages of the negotiations.

• As with deforestation, current proposed indicators do not include those for measuring the restoration and reforestation targets. 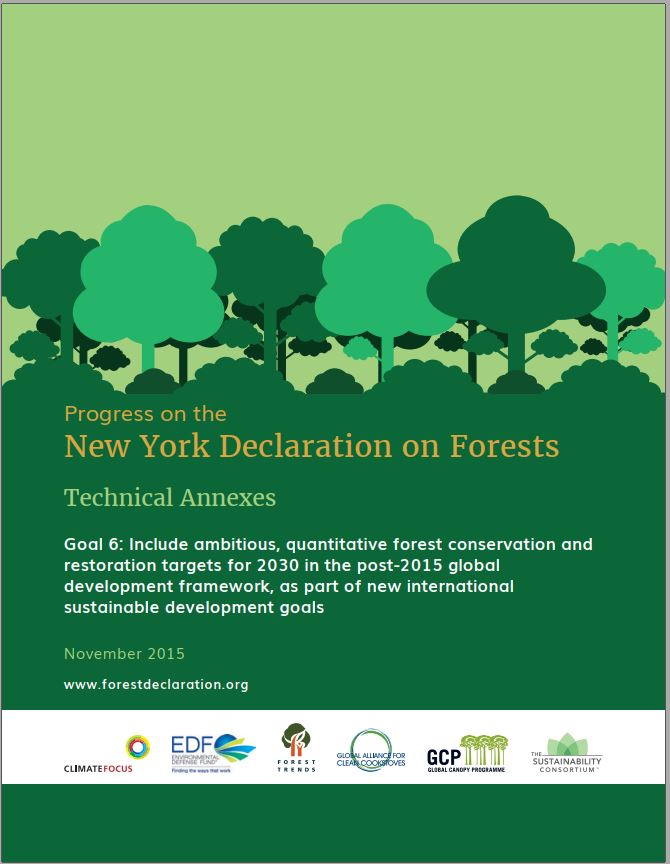 NEW RESEARCH: The tropical #Timber and #Pulp sector is well placed to protect some of the world's most biodiverse ecosystems, yet only 2% of assessed companies have published a comprehensive #Biodiversity policy. Find out more: https://www.spott.org/news/zsl-call-for-timber-pulp-companies-to-adopt-strong-biodiversity-policies/

This #IndigenousDay, FDP continues its dedicated support for the sovereignty of Indigenous Peoples across the globe and joins in the celebration of traditional ancestral knowledge.