• Between 2008 and 2014, over US$3 billion has been committed, almost exclusively from international public sources, for performance-based REDD+ payments. Disbursements, at just over US$1 billion, have lagged behind commitments

• The majority of this has been committed bilaterally by Norway’s International Climate and Forests Initiative (NICFI) in agreements with Brazil, Indonesia and Guyana. Germany’s REDD Early Movers (REM) program, and the multilateral Carbon Fund of the Forest Carbon Partnership Facility (FCPF), and the BioCarbon Fund, are also significant sources of payment for performance.

• Between 2005 and 2013, approximately US$1 billion was generated through the sale of forest carbon credits in voluntary and compliance markets (excluding carbon credits generated through cookstove programs that are captured under Goal 4). To date, demand has been relatively muted, due largely to the exclusion of most types of forest credit from the largest compliance markets (the EU Emission Trading Scheme and the Clean Development Mechanism), and general lack of demand in carbon markets. Voluntary forest carbon markets expanded rapidly between 2008 and 2011, but have subsequently leveled off. 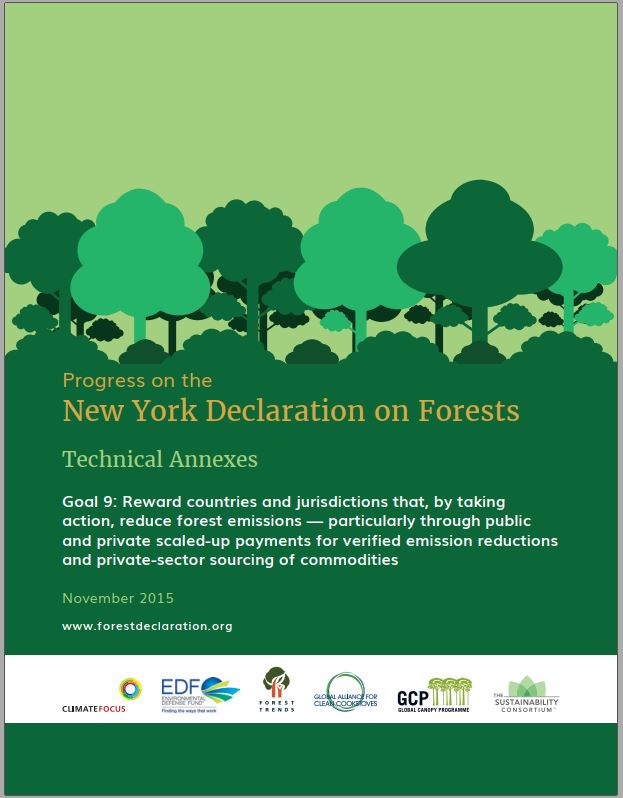