FORESTS IN FOCUS - Chapter 1: The Declaration

Imagine the world you want to live in… A world where forests and people grow together.

The Glasgow Leaders' Declaration on Forests and Land Use, launched at COP26 on November 2, 2021 and backed by over 125 countries, reaffirms and strengthens the commitment to stop deforestation by 2030. It brings unprecedented forest coverage under this target, as leaders from countries with 90% of global forest area signed on to this important goal. They have also backed their commitments with unprecedented financing pledges - but is it enough?

The endorsers of a similar pledge from 2014 - the New York Declaration on Forests (NYDF) - did not reach their 2020 target to halve deforestation and are not on track to meet the 2030 zero deforestation goal. But we know that together, we are greater than the sum of our parts. Together, we can do the impossible. We have no time to lose to translate old and new commitments into concrete actions.

In this comic book-style summary, we share the story of the NYDF since it was adopted in 2014, where we need to go now, and how to get there. 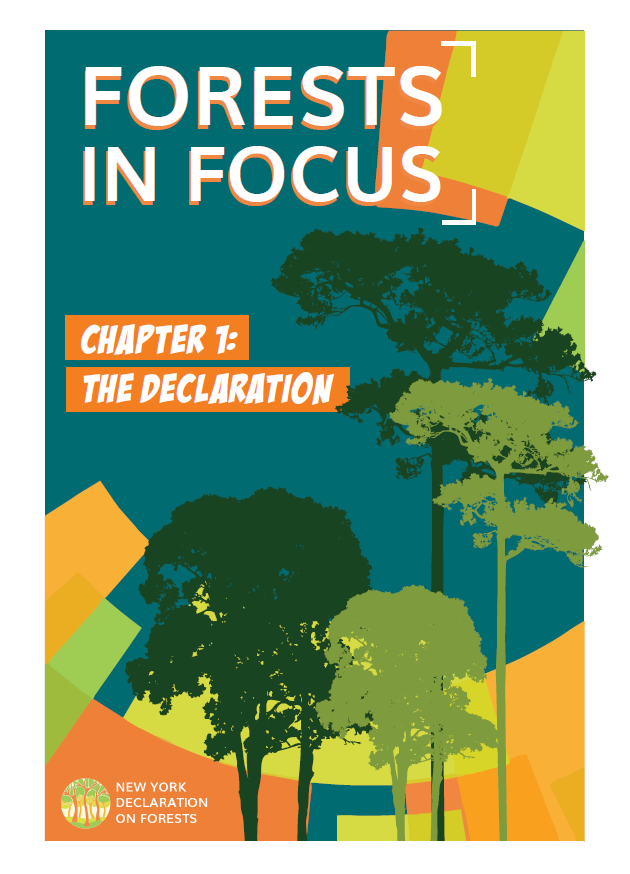 FORESTS IN FOCUS - Chapter 1: The Declaration 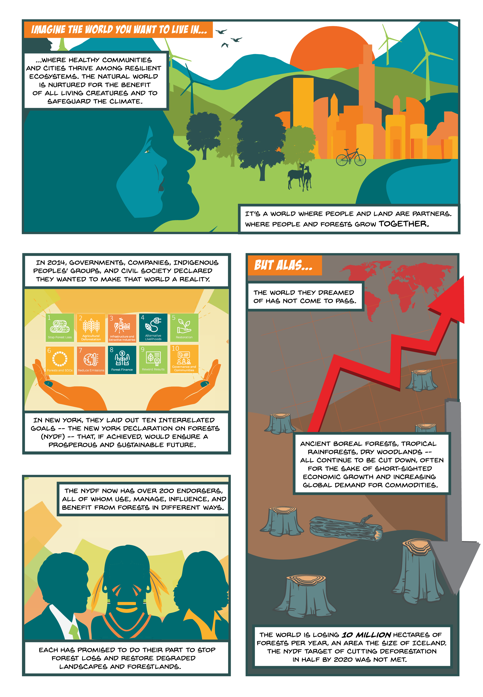 The New York Declaration on Forests (NYDF) is a voluntary and non-binding international declaration to take action to halt global deforestation.

80% of the North American financial institutions that are providing the most finance to companies exposed to deforestation risk have no deforestation policies.

Financial institutions have a huge opportunity opportunity to change the way they do business http://ow.ly/nHfQ50HyGzR

What is “forest loss”?