The initial NYDF Assessment report, published in 2015, proposes a framework of indicators to track progress toward each of the ten goals of the NYDF.

The report, “Progress on the New York Declaration on Forests: An assessment framework and initial report” seeks to fill the gap of the original NYDF, which launched without a process or methodology that would allow monitoring progress toward achieving its goals.

One year after the adoption of the NYDF is too early to draw conclusions about progress in most areas. But in the past year, new initiatives have been launched, additional commitments have been made, and implementation of relevant programs has begun. These are important steps in the right direction and may help accelerate trends toward achieving the NYDF goals. Still, overall progress remains slow and more action is urgently needed. 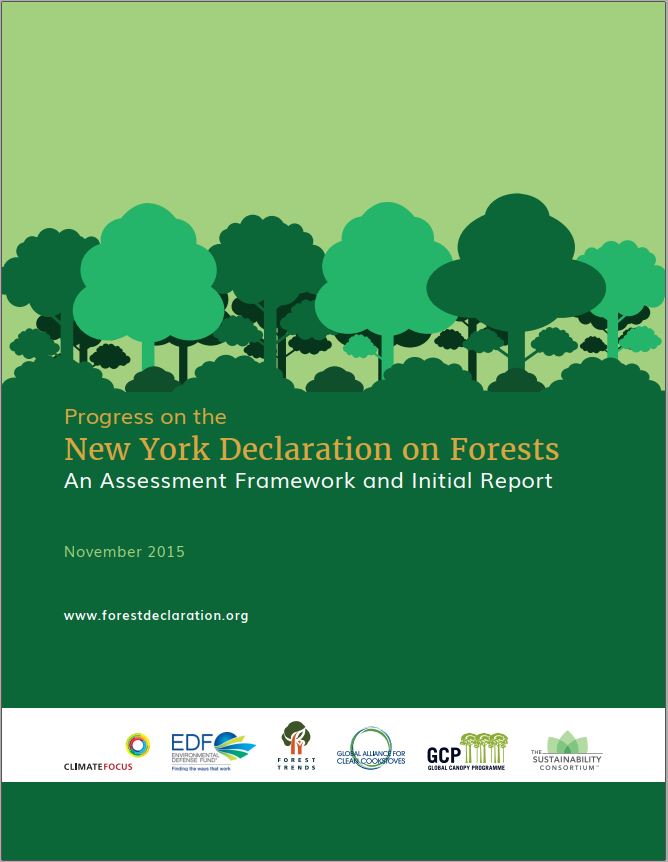