• In 2013 (the first year for which consolidated figures are available) bilateral and multilateral climate mitigation forestry ODA was US$763.5 million (excluding results-based payments for REDD+). The majority (62%) came from bilateral sources, and the majority (also 62%) was reported as a grant.

• South-South cooperation on reducing forest emissions is still in the early stages and barely tracked. There are however indications that international financial flows from the larger middle and upper-middle income countries may increase in the future, particularly in light of China’s commitment to provide US$3.1 billion in climate finance in September 2015.

• Impact investments are growing, driving investments in forest conservation and the production of sustainable forest commodities. Large investors, including major international banks and sovereign wealth funds are developing sustainable investment policies with implications for forest emissions, though these policies are aspirational, and their impact at present is difficult to assess.

• Some major purchasers and consumers of agricultural and forest commodities are investing in sustainable sourcing and production to reduce and eventually eliminate deforestation associated with their supply chains (see Goal 2).

• Companies continue to invest in corporate social responsibility initiatives, though the impact of such initiatives, which are often unrelated to the patterns of production that drive forest emissions, are still small. 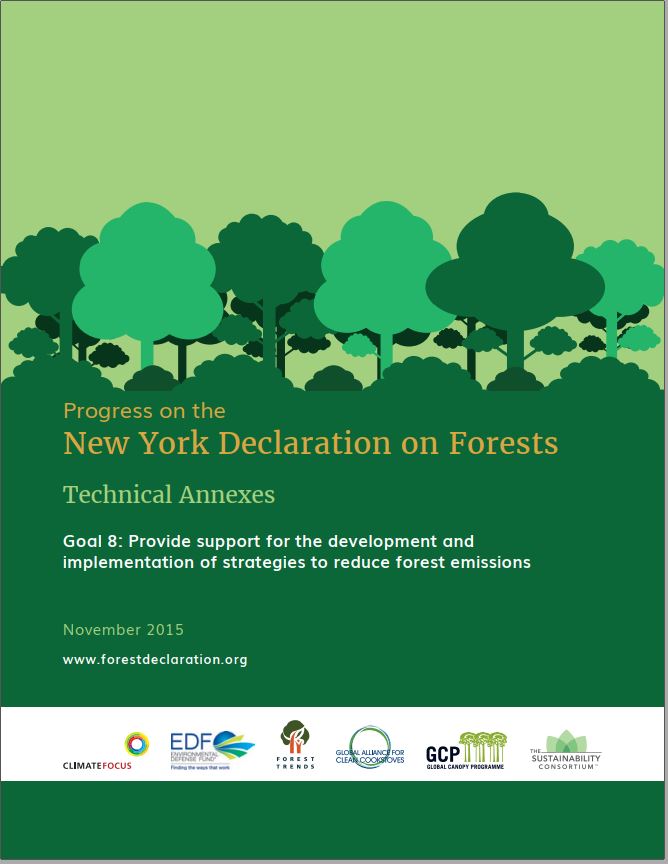